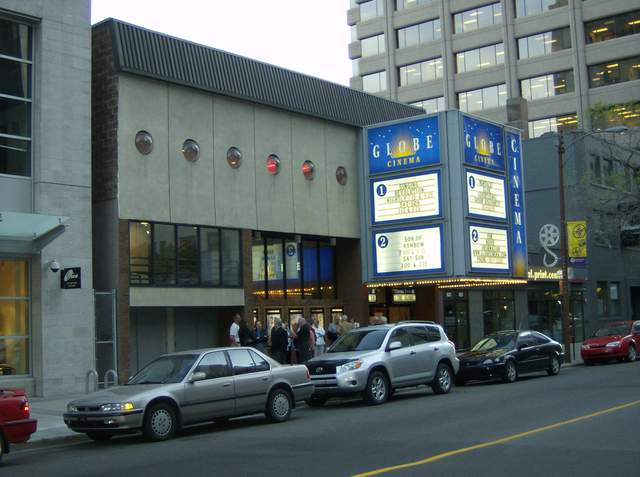 Opened as as replacement to the single screen Towne Cinema on 7th Avenue (which has its own page on Cinema Treasures). The Towne Cinema Red & Towne Cinema Blue opened on June 13, 1974. Seating was listed at 756 with 378 in each auditorium. The theatre closed for a short time in 1995 until Landmark Cinemas took over operations and it was renamed Globe Cinema, reopening on November 3, 1995. In operation today playing first run attractions, since 2016 it has been operated by Riley’s Entertainment.

A picture of the theater’s exterior: http://globecinema.wordpress.com/about/

The Globe is no longer part of Landmark and has not been since 2016, as it has not been listed among Landmark’s theatres since then. It’s now an independent under the ownership of Riley’s Entertainment and its current website is here:

Also in addition to Landmark (which originally ran it), Cineplex Odeon ran this theatre when it was the Towne from 1985 (see link below) until 1995, when Landmark took back over and renamed it the Globe.

Announcement of the June 13, 1974 twinning and opening of the Towne Cinema Red and Towne Cinema Blue, from the final night May 30, 1974 print ad of the original Towne Cinema on 7th Avenue, from it’s CT page.