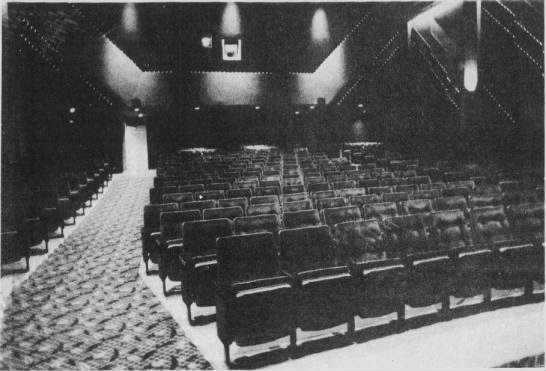 Located on the 3rd floor of the Eaton Centre. Opened as the Eaton Centre 9 by Cineplex Odeon on July 28, 1988, originally with 3,400-seats. The two largest screens were equipped with YHX sound and had 70mm capabilities. The theatre has 9 screens with the smallest seating 214 and the largest 654 with a total of 3,078. On January 19, 2002 it was re-named Edmonton City Centre 9 Cinemas when the mall name was changed. Ownership changed to Empire Theatres on September 30, 2005. Operates on a first run basis. It was sold to Landmark on November 22, 2013 and they were taken over by the Belgium based Kinepolis chain in September 2017.

There are two pictures of the theater’s mall entry area here: View link 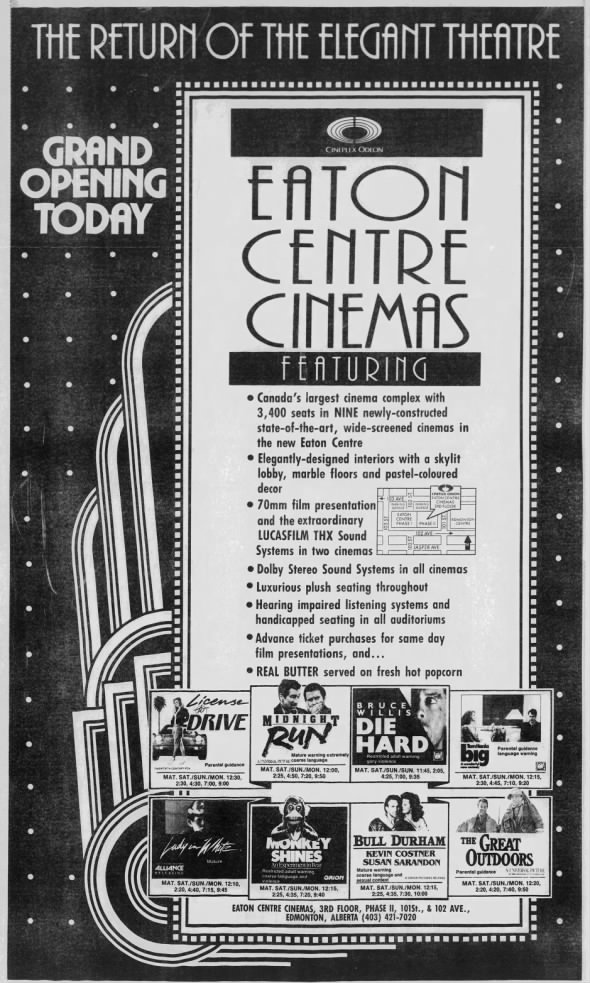