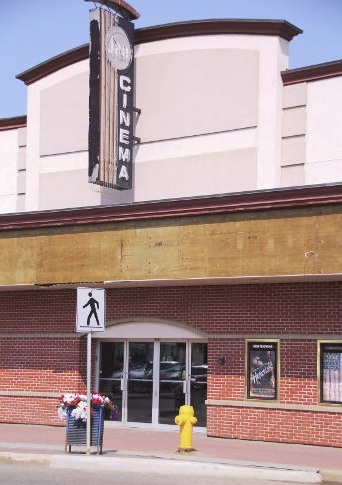 A night photo of the Jan Cinema: View link

The number of screens needs to be changed to three. Comparing the two pictures, it is clear this theater has had a substantial makeover of its facade since 1986.

Very true, looks as it has been kept up,nice with billiards and recreation also.

Status should be set to Closed. The Jan closed on August 14, 2014 and it is no longer listed in Landmark’s listings.

Was definitely in operation before 1980…I moved to Grande Prairie in the fall of ‘77 and saw movies at the Jan (and the Gaiety) at that time.

As seen in the current Google Maps street view as of August 2018, the former Jan Cinema building has since been renovated into a boutique hotel called Pomeroy Lodging, which also houses a fitness/martial arts training gym called Champion Gym within a portion of the building (which dates back to the Jan Cinema days). The hotel’s main entrance remains as it appeared during the building’s Jan Cinema days.