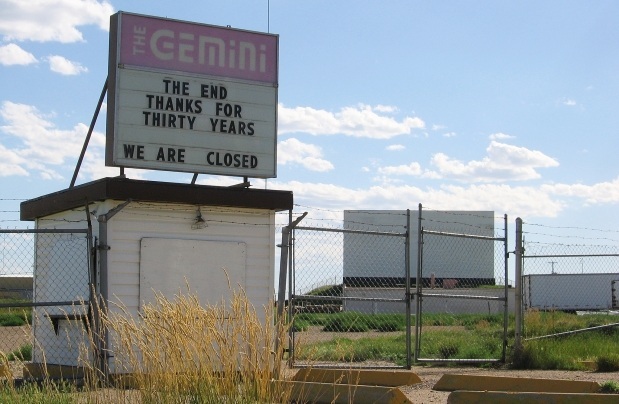 This appears very likely to be the Gemini Drive-in that other sources place in nearby Medicine Hat, Alberta. The car capacity is the same and the address similar. If so, there are pictures here: View link

I think though the photographic evidence in the two photo galleries for both theaters on the Waymaking site you cited, Chuck, at least suggests that the two theaters listed are the same. If you expand the photos of the screen in both entries, the screen in both seems to be built on a mound and has what appears to be the same black band at the bottom. I find it hard to believe that such a relatively rural area in a Canadien province that never had very many drive-ins at all would have two named Gemini so close together, but I suppose it is possible.

I am not disagreeing with that, Chuck.

Some reason it did not make the 1956 printing of the 1956 motion Picture Almanac.

This theatre is demolished, last think standing was screen in approximately 2011, though all surrounding earth had been removed and it was sitting there on a now-elevated (10-15 feet high?) chunk of earth just waiting for the end.

This was farther down the road. 1720 Broadway Ave E would be a more accurate address.

The large earthen support for the screen was still present in a 2018 Google Street View, but I do not see it in the overhead. It appears to have been removed.