Museum of the Moving Image

Museum of the Moving Image (Official) 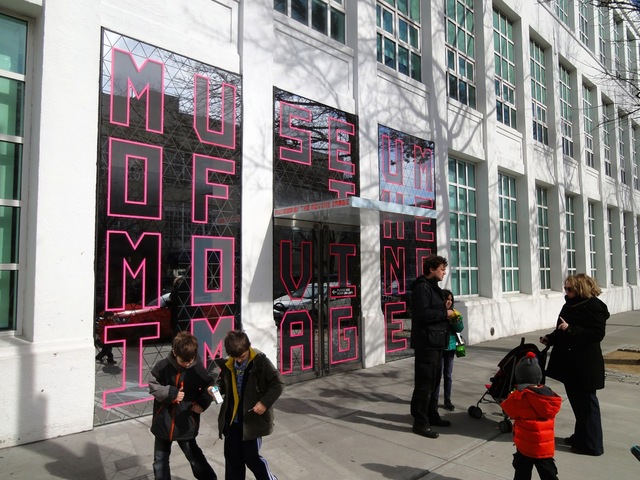 Located in Queens, in part of the former Astoria Studios, which were founded in 1920 by Jesse Lasky and Adolf Zukor for their Famous Players-Lasky Corporation (known as Paramount from 1927). Films made at the Astoria Studios include: D.W. Griffith’s “Sally of the Sawdust” starring W.C. Fields, Rudolph Vanentino in "Monsieur Beaucaire" and "The Sainted Devil", "Glorifying the American Girl", the 4 Marx Brothers in "Cocoanuts" and "Animal Crackers", Paul Robson in "The Emperor Jones".

The studio’s were little used after World War II, and in 1976, were declared a National Historic Monument. In 1983, it was taken over and expanded by real estate developer George S. Kaufman. Known as the Kaufman-Astoria Studios, films such as "The Wiz", "All That Jazz", "Fort Apache, The Bronx", "Arthur", "Ishtar, "Radio Days", "The Money Pit", “The Secret of My Success" and "Radio Days” were all filmed here. The Kaufman-Astoria Studios has also hosted recordings of "The Cosby Show", "Sesame Street" & "Whoopie".

The American Museum of the Moving Image was opened in one of the studio buildings on the Astoria lot in 1988. The museum exhibits many artifats from the Astoria Studio, and had a 200-seat movie theatre and a 60-seat screening room.

This summer’s 70mm festival here also includes (in addition to 2001) Continuing through September 9, the series also features three classic Hollywood musicals—The Sound of Music (1965), West Side Story (1961), and Hello, Dolly! (1969)—Cleopatra (1963), starring Elizabeth Taylor and Richard Burton, directed by Joseph Mankiewicz; Tobe Hooper’s sci-fi cult favorite Lifeforce (1985); and Paul Thomas Anderson’s The Master (2012) and Phantom Thread (2017). I’ve posted the press release here- http://in70mm.com/news/2018/momi/index.htm I am not familiar with Lifeforce, but all the others would be restored prints.

I enjoyed yesterday the restored “Hello, Dolly!” in what looked to me like a perfect, new 70mm print! 2.2 aspect ratio. Surround sound. Proper use of the curtain before movie & at intermission & after movie. Others who attended were in awe of how great the new “2001” print looked. I’m looking forward to the rare screening of the epic 4 hour+ “Cleopatra” next weekend!

Enjoyed today the restored 4 hour 10 minute “Cleopatra” (1963) in what looked like like a perfect, new 70mm print! 2.2 aspect ratio. Surround sound. Proper use of the curtain before movie, at intermission & after movie. Surround sound.

Cleopatra most underrated epic ever. What a raw deal it got. Oh to have seen the original 6 hour cut. ‘I asked it of Caesar, I demand it of you!’

Hope we get through this situation before the 2001:A Space Odyssey exhibit moves on!

Scheduled to re-open to the public on May 1st. News report can be viewed here

Participating in the Queens World Film Festival, which runs from June 23 to July 3rd, 2021. News article and auditorium photo can be viewed here