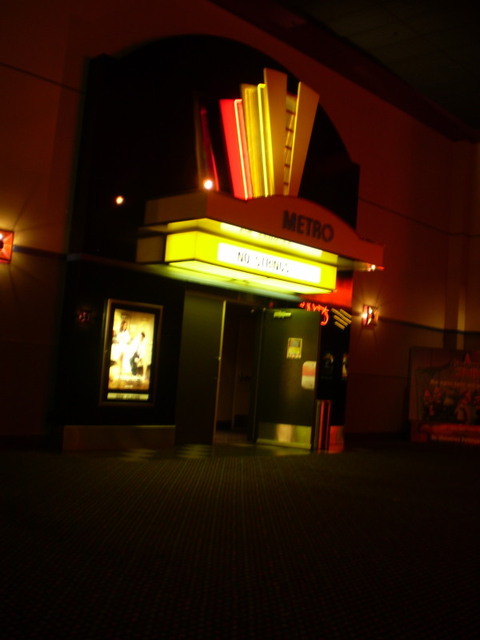 Famous Players opened the Richmond Centre 6 Cinemas in 1990. This theater replaced the Richmond Square Triplex located at the same mall. The new theater seated 1,979 in six auditoriums. The smallest auditorium seated 234 and the largest 466.

Cineplex Odeon took over operations in 2005. The theater featured first run attractions. It was closed on March 27, 2011.

There are several pictures of this theatre on its page at CinemaTour: http://www.cinematour.com/tour/ca/154.html

Hopefully, the mall would get a newer Cineplex Odeon branded theatre.

The theater ceased operations today, to be replaced by an expanded food court.

sad,thanks Jason, that is what happened to a Four plex I worked in at The Mall,It is a big FOOD court.

This is exactly what happened to the Cineplex Odeon Fairview 9 in St Catharines. The mall kicked them out to build a Winners store. Cineplex said at the time they didn’t want to leave the mall. This happened a few years ago, you would think that Cineplex would have found another location to replace it, especially in the northern part of the city, north of the QEW where the Fairview was located. I wonder if they will re-build in this part of Richmond, or just go with the Silvercity Riverport there.

Thanks tim for the update.I had heard years ago and mean back in the seventies a lot of Malls did not theatres inside them,I have no proof except 8 years in the theatre business and you hear stories.

More than likely they will just stick with Riverport as it already has 18 screens plus one IMAX.

Shame, as Richmond Centre 6 was a nice cinema. All 6 screens were pretty big, Dolby Digital and had good seating capacities. It was also one of the Famous Players builds where every cinema had a name (“Avalon”, “Bijou”, “Rialto” etc). The other two still open in Vancouver are Empire’s Esplanade 6 and Cineplex/FP Station Square 7.