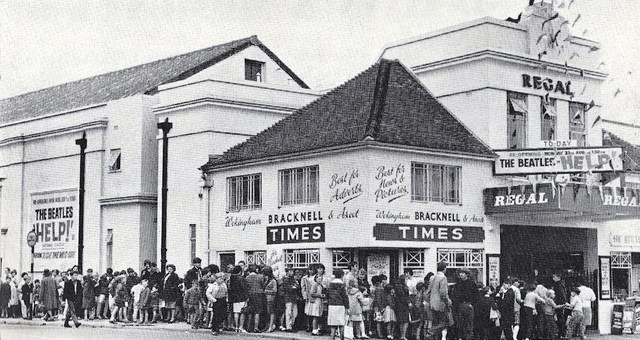 The Regal Cinema was opened in 1932, and was initially an independently operated cinema. It had 396 seats and a 19 feet wide proscenium.

The Regal Cinema was taken over by an independent operator on 10th April 1960 and was closed in June 1963. It was converted into a bingo club which was opened by films star/actor Sid James in December. He was mobbed by angry teenagers protesting “"Ban the Bingo - We Want Cinema”. Sid James had his tie pulled off!

Photographed in January 1964 as a bingo club:
View link