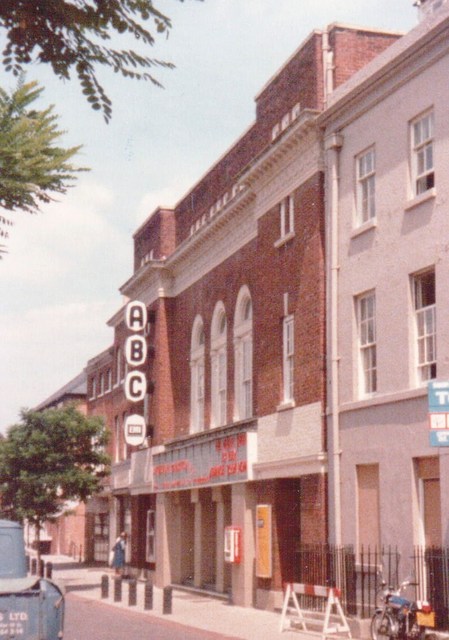 Located on Thames Street, opposite the historic Sir Christopher Wren’s house. The Playhouse was built as a cinema for the Lou Morris chain and opened on 26th December 1928. Seating was provided in stalls and circle levels. The proscenium was 36 feet wide and the stage 12 feet deep. It was equipped with a Compton 2Manual/5Ranks organ with had an illuminated console on a life in the centre of the orchestra pit. It was opened by organist Edward O'Henry.

The Playhouse was re-named ABC in 1961, and in April 1971, was refurbished into a ‘Luxury Lounge’ operation, using only the stalls seating area, which had been refitted with 528 new seats. ABC closed the cinema in November 1982, and it was taken over by a member of Billy Smart’s Circus and re-opened as the Carousel Cinema with "ET- The Extra Terrestrial" in January 1983. It was not a success, and the Carousel Cinema was closed in July 1983, and the building was sold. It was demolished in July 1984 and an office block was built on the site.