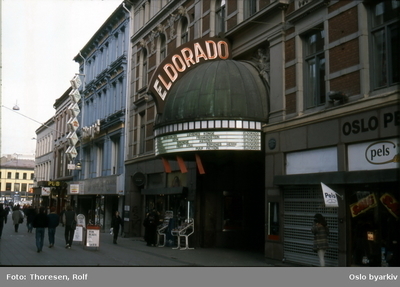 In the summer of 1929, it was equipped for talkies, and opened with Al Jolson in “The Singing Fool”, re-named Eldorado Kino. Seating was provided for 1,195 in orchestra and balcony levels.

A picture of the Eldorado Kino: View link