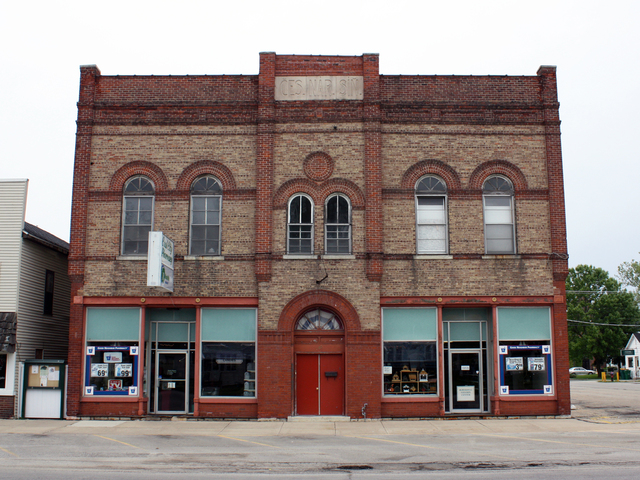 Opened as the Bohemian Hall in 1897, it later became the Opera House. Charles Rudolph Sallaz and his family moved to Coal City, Illinois (a few miles south of Joliet, Illinois) in 1922 and leased the old Opera House on South Broadway Street.

He called his new theatre the "Broadway" and the main street of town on which it was located was also called Broadway. The Sallaz family moved into a large boardinghouse, and began work on the theatre. They cleaned and scrubbed, installed a few more seats and fixtures, and shortly, they were ready for business. Charles had a large sign made which he hung in the entrance over the ticket booth:
BROADWAY THEATRE
Now Showing High Class Features
Under New Management-Charles R. Sallaz
and then he sent his children around to pass out handbills:
BROADWAY THEATRE–COAL CITY, ILLINOIS
UNDER NEW MANAGEMENT, Charles R. Sallaz, Manager

The grand opening was now complete, and Charles Sallaz waited for the flood of quarters to come pouring in. At sixty years old he had to make it, and had to make it fast, but the city relied on coal mines for survival but a depression had hit the city and the theatre failed, with the Sallaz family left Coal City and headed back to the Chicago area in 1923.

The Broadway Theatre continued to operate until 1928, when the Rialto Theatre opened. The building is now used as a pharmacy.