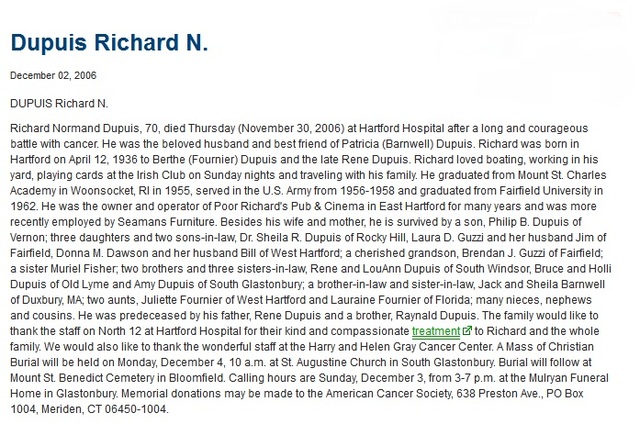 Believing is not definitive. You should go to the library/local history room and look up the directories under “theaters” and find when it stopped being listed.

You should never have to do anything, but more info or photos are always welcome.

This opened on July 26th, 1978. Grand opening ad in the photo section.

Was there someone called poor richard? Is the pub still open?

“Poor Richard” was operator Richard Dupuis who founded the pub/cinema beginning with Annie Hall on July 18, 1978 and had a ten-year lease that lapsed. He got six one-month renewals and closed February 2, 1989 after an auctioning of the pub/theater’s contents and a final showing of “Tequila Sunrise”.

Why was he called poor?