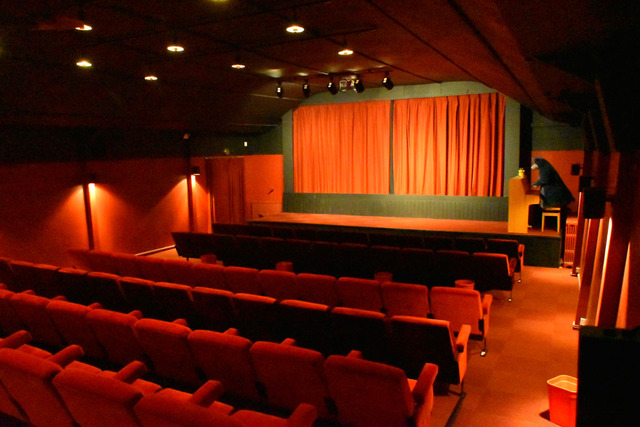 Refurbished in 2001, the Malling Bio now has 88 seats only and lots of lots of space along with sound capabilities for DTS and SRD-ex.

Screen 2 (originally planned as a private screening room, but now public) has 39 seats which were added in 1981. This auditorium has Victoria 9, SR and DTS!

In spring of 2021 the Malling Bio was in the process of re-installing 70mm film projection.

Contributed by Per Hauberg
Get Movie Tickets & Showtimes

A set of four photographs of the projection box at the Malling Bio in May 2007:
View link