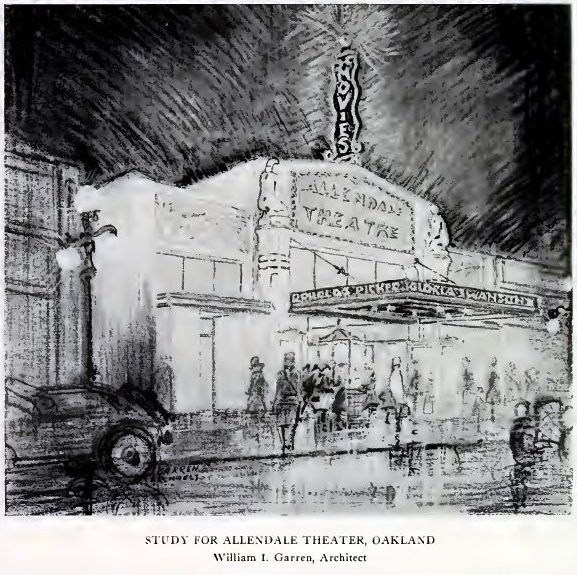 The Allendale was built about 1914 and closed (as a theater) in 1941.
Possibly it was remodeled later to include Art Deco elements.

I just put a fourplex on the market about a block from this theater, so I stumbled upon this. It is now called the Theater Apartments. The facade is intact and the lobby area is nicely done. The auditorium is where the apartments are at. It looks rather attractive.

The allendale’s address is 3116 Liese Avenue.

For more info on this theater’s current roll as the Theater Apartments see here http://als-apts.inglostadt.com/theater_apts.html

As much-noted avobe, status should be “Closed.”

Frankly, I think this theater’s reuse for apartments has been nicely done. Certainly this is better than total demolition of the structure. And it has retained some of the nice structural features of the theater.

As a kid, we used to live right behind the Allendale Theatre on Angelo Avenue. It wasn’t a theatre then but was an apartment house. My long departed Aunt Sophie, would always talk about the Allendale, especially the weekly Wednesday giveaways. One night she won a live chicken there. No cage in it or nothing, just gave her the live chicken right on the stage! She said, you can keep this son of a * because I don’t want the damn thing. She let it go and it went flapping all around the theater. Then she won a new mattress one night and they told her she would have to get a truck to pick it up, she told them to ** and the manager delivered it himself! We were always told what a rat trap it was, and that it should have been condemned a long time ago.

The Allendale Theatre, originally dating from 1914, was extensively altered in the late 1920s for the Blumenfield circuit. The architect was William I. Garren. Multiple notices about the project appeared in various issues of Building and Engineering News in 1927.