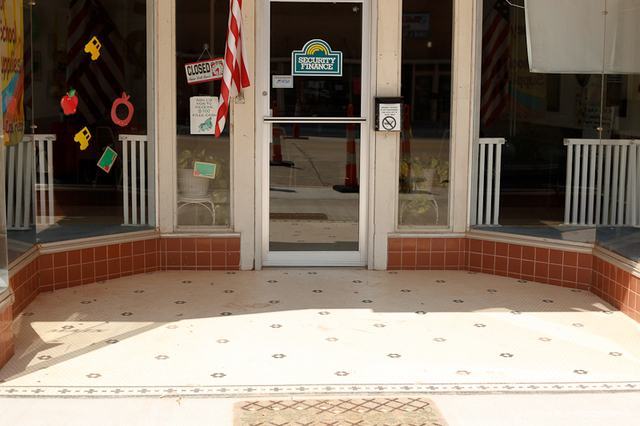 The Electric Theatre was a nickelodeon operation which opened on August 23, 1906. It closed at this location on May 6, 1908 and moved into the Grand Opera House (which has its own page on Cinema Treasures as the Rialto Theatre)

The Grand Opera House was listed in the 1904-1905 edition of Julius Cahn’s Official Theatrical Guide, but had not been in the 1899-1900 edition. so it opened sometime between 1900 and 1904. The guide listed a seating capacity of 600 for this second-floor house.

The marker says that the Grand Opera House seated 800, not the 600 listed in Julius Cahn’s guide. It doesn’t mention the house showing movies or being renamed the Electric Theatre. Probably the movie operation didn’t last long.