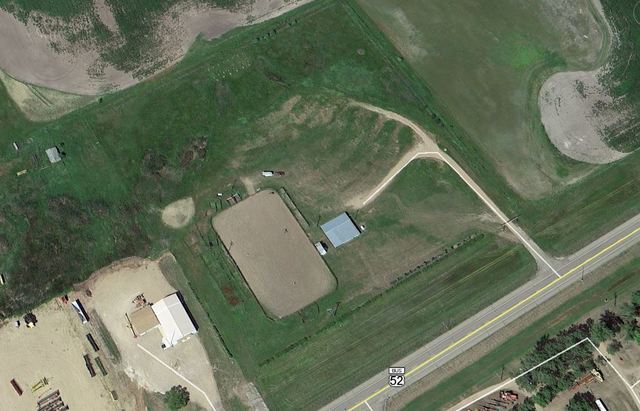 The picture shows the local rodeo grounds. It is the former site of 52-Hi Drive-In. The screen stood many years after it closed. It was eventually demolished by the prairie winds. The 1955~1985 is about right. The owner also owned the downtown theater (then known as the State Theater), but health problems led to the closing of the drive-in and, eventually, the downtown site. The downtown theater is open under the name of Central Cinema and is run by a community non-profit group. BTW: for the record the old State was destroyed by fire Dec ‘61. The current building will celebrate its 50th anniversary April 25, 2013. (It opened with “5 Weeks in a Balloon.”)

Approximate address for this drive-in was 2350 US 52 Business. Please update.