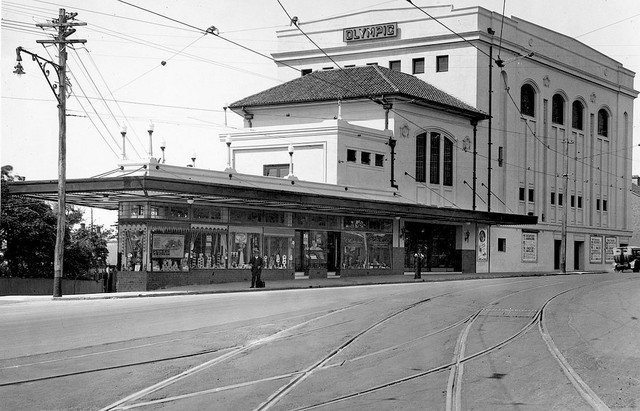 Located in the eastern Sydney suburb of Woollahra, not far from Bondi. The Olympic No 4 Theatre was opened 7th February 1930.

Later taken over by Hoyts Theatres and re-named Hoyts Woollahra Theatre, it was closed in 1959, and has been demolished.

Jane Britten, Local History Librarian at the Woollahra Library, has kindly sent me the following information: The theatre’s site at Oxford and Wallis no longer exists as it did, due to part of it being subsumed in the late 70’s by the Bondi Junction bypass now named Syd Einfeld Drive. The site was transferred to Shell Oil who built a service station which remained until 1974 when the Department Of Main Roads purchased the property for the bypass. The theatre’s architects were Oakley and Middleton and this was their first cinema design.