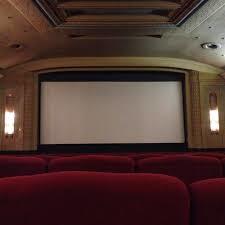 The Odeon Multisala is a miracle of a cinema in the heart of Milan. Right behind the Duomo, the city’s world-famous cathedral, the Cinema Odeon is one of the last remaining cinemas in the area of what used to be considered to be Milan’s ‘Broadway’, the Corso Vittorio Emanuele. Other majestic cinema palaces like the Cinema Corso, the Cinema Astra or more recently the Cinema Excelsior have closed down and have been replaced mostly by clothing or retail stores.

The Odeon is now a 10-screen cinema but does not fit in the category of a ‘multiplex’ as the original Cinema Odeon has existed since 1929 together with the underground theatre and both have been integrated rather tastefully into the new complex. Classic multiplex being built ‘ex novo’, the Odeon multiscreen can rather be considered a ‘multisala’ in Italian meaning a multiscreen cinema that results from restructuring a traditional cinema site.

In effect, the multiscreen Odeon was created in 1986 with 8 screens which have become 10 since 1993. Most importantly, the original cinema has not been dismembered or dwarfed but has been renovated and has approximately kept its volume and seat number which is about 1,000. It constitutes now Screen 1 of the Odeon. Marvelously decorated in Art-Deco style (‘stile liberty’ in Italian) it is a real gem. Seating is provided in stalls and a large balcony. The side arms of the balcony still exist but seats have been taken away here or have never existed. Also the original boxes exist at a still higher level than the balcony but are no longer used. The seats are in a very elegant violet and are very cosy.

Screen 2 is made up of the former theatre that was built in the basement beneath the Odeon cinema in the 1930’s now converted into a screening room. It boasts approximately 500 seats all on one level. Screens 3-10 have been created in former office space and space pertaining to the old cinema and theatre. Screen 3 has seats on two levels and the floor on the ground level is ascending towards the screen. I do not know screens 4-9 but screen 10 is ‘like the Corriere della Sera rightly said’ “a jewel”, a small screening room with a lovely Art-Deco ceiling but a screen worthy of a doll’s house.

The multiscreen Odeon is one of the most frequented cinemas in Italy and has a near-monopoly in the center of Milan when it comes to screening new releases.