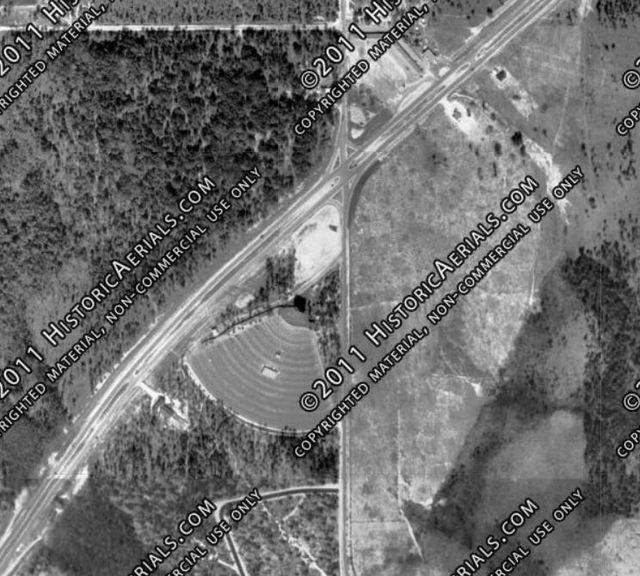 The Auto-Sho Drive-In was located in Mobile, Alabama. It was opened in 1950 and was operated by Giddens & Rester Theatres. It was owned by W. Limmroth in the late-1950’s. It was closed in 1970 and was replaced by a shopping center.

The street side of the screen was dark colored, and the name was in neon with neon decorations on either side. The whole thing sat slightly downhill from the Azalea/90 intersection and at night it REALLY looked impressive.

The Auto Sho opened in 1950? Boxoffice, Aug. 1, 1953: “"Flying saucers” descended on audiences at the Auto Sho Drive-In Theatre during the theatre’s third anniversary. The saucers were sailed from the top of the concession stand. “Lucky” saucers contained $20 and $10 bills. There were a total of 350 prizes. Free lollipops were passed out to the kids."