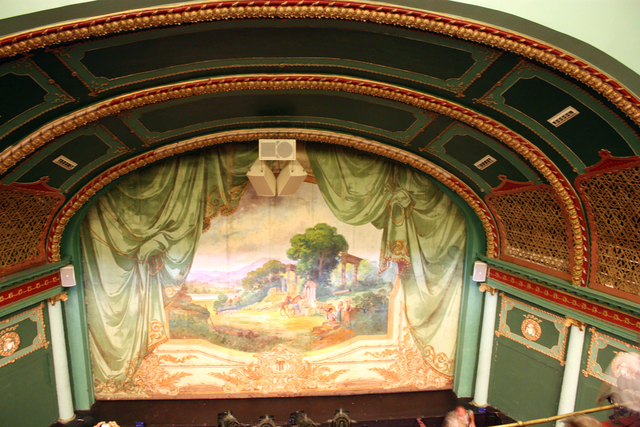 Opened October 11, 1909, the Murray Theatre was a vaudeville theatre.

In 1930 the house closed, but was reopened the following year as the Indiana Theatre, devoted to movies. In 1952 the local theater company, the Richmond Civic Theatre, began leasing the Indiana Theatre for its performances, and the company bought the house in 1966. In 1984, the name Murray Theatre was restored, and the venerable house was added to the National Register of Historic Places.

After more than a half century, the Richmond Civic Theatre continues to operate the Murray Theatre as its main stage, mounting several productions each year. The company also has plans to launch a classic film series some time in the future.

In 2009, local blogger Dan Tate posted this entry in honor of the Murray Theatre’s centennial. It features several vintage illustrations of the Murray, as well as pictures of several other Richmond theaters.

The Murray Theatre is located at 1003 E. Main Street. Here is the web site of the Richmond Civic Theatre.

The address listed on their website is the same as given in the previous post, 1003 E. Main St.