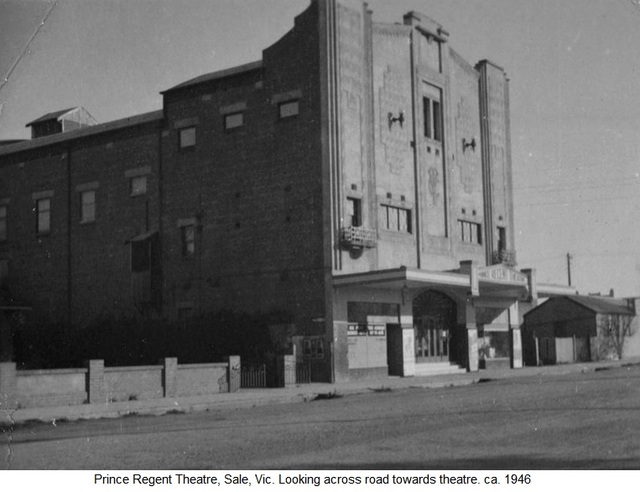 Located in Sale, a town east of Melbourne. The Prince Regent Theatre was opened on 4th January 1927 with “The Thief of Baghdad”. Designed predominantly by Mr Taylor of architecture firm Bohringer, Taylor & Johnson. Seating was provided for 680 in the stalls and 540 in the balcony. It independently operated by the local Glover family chain of Combined Victorian Theatres Ltd.(CVT).

The Prince Regent Theatre was closed on 23rd February 1973 with “Jane Eyre”. It was immediately demolished and the site was used as a car park. By 1993 a medical centre had been built on the site.