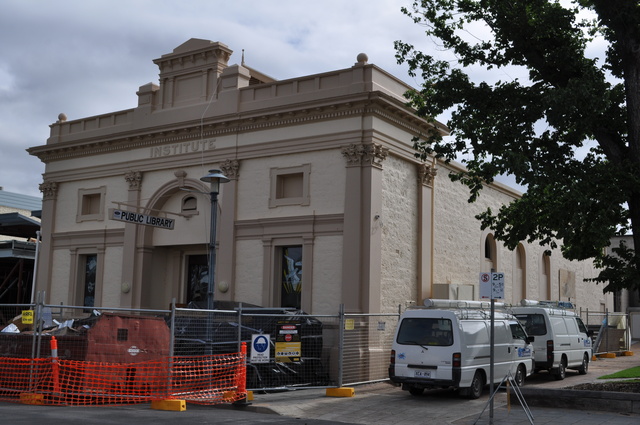 The Institute was built and opened on 26th November 1909, designed in a Neo-Classical style to the plans of architects Davies & Rutt of Adelaide. Operating as a cinema from the 1920’s, it was known as the Plaza Theatre prior to 1951, and continued in cinema use until at least 1957. The cinema seats were originally in the now demolished Majestic Theatre, Adelaide

In March 2011, the Institute was undergoing renovation.