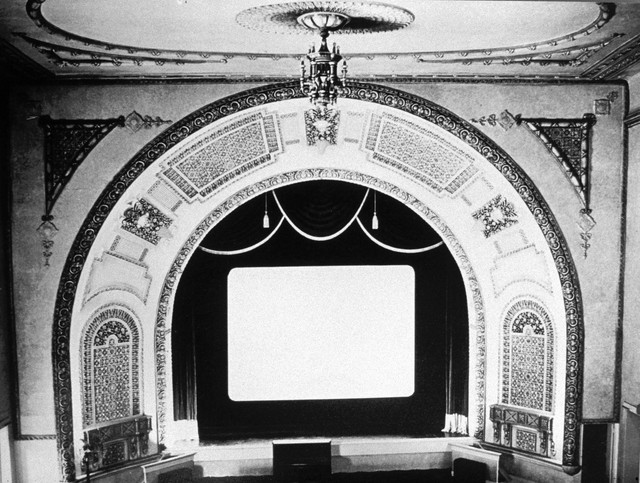 Located in the north-western Adelaide sea-side suburb of Semaphore. This was originally built in 1884 as the Mechanics Institute. It became the Semaphore Town Hall in 1889.

In 1929, it was extensively renovated and converted into a cinema to the plans of architect Christopher A. Smith. It opened as the Ozone Theatre on 9th December 1929 with “In Old Arizona”. The magnificent Art Deco style proscenium and plaster panels on the side-walls date from this era. Seating was provided in orchestra and balcony levels. The proscenium is 15ft wide and the stage 40ft deep. It was equipped with a RCA sound system. It was operated by the Hoyts Theatres/Ozone Theatres chain from 1951 and it was refurbished, re-opening as the Hoyts Ozone Theatre on 20th November 1952 with Robert taylor in “Ivanhoe. Hoyts closed the Ozone Theatre on 21st May 1960.

In 1966 the stalls area was converted into a youth club, which had a boxing ring installed on the stage. This operated until 1978. In the meantime on 26th December 1977 a small cinema was opened in the former circle area. It was independently operated as the Semaphore Cinema and it closed on 1st June 1985. The building then lay vacant & boarded up until 1993. The building was restored in 1993, and converted into the towns' library which opened on 11th February 1994.