The Sunset Drive-In was closed December 12, 1971 with Broderick Crawford in “Hell’s Bloody Devils” & Suss Tamblyn in “Satan’s Sadists”. A Tradewinds Shopping Center was built on the site.

Approx. address for this drive-in was 1925 Madison Street.

This opened on October 26th, 1950. Grand opening ad in the photo section and below 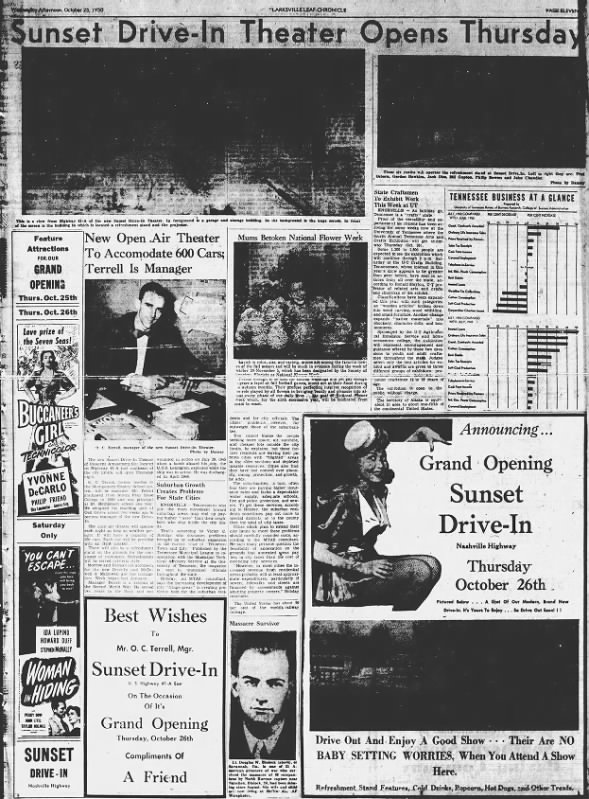 Too bad you cannot read it?

Clicking on it zooms in.