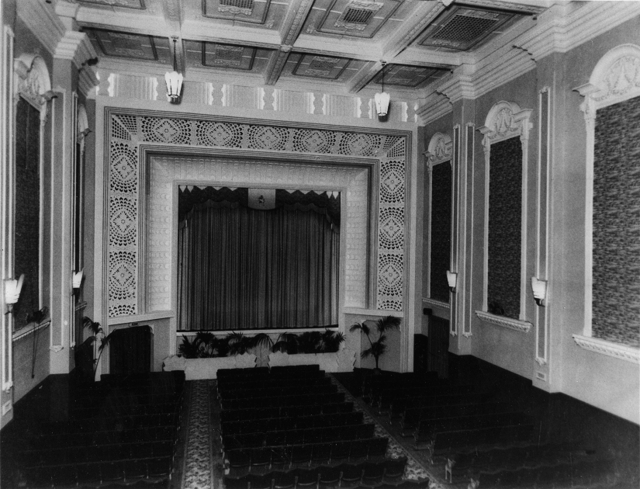 The Grand Picture Theatre was opened on 30th November 1916. It was located beneath the Norfolk Hotel. It was designed by architects R.R.G. Assheton & A.J.C. Assheton.

In the early-1930’s, the auditorium decorations were modified to an Art Deco style, and the name was changed to Mayfair Theatre. Seating was provided for 917 in orchestra and balcony levels.

In 1953, the auditorium was modernised to the plans of architects Lawson, Cheesman & Doley. It began screening long runs of major films, projected onto the 40 feet wide screen, and was re-named Sturt Theatre. Seating was provided for 700 in orchestra and balcony levels. The Sturt Theatre was under the ownership of the Greater Union Theatres chain.

It was closed in February 1976, and has now been remodeled into offices.