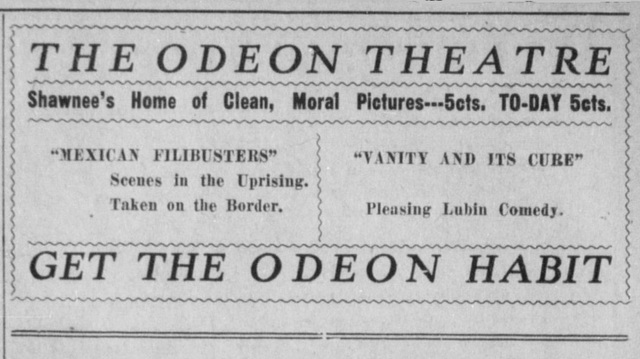 That’s all I know about the Odeon/Jake Theatre for now, if you know more please jot it down.

Could have been named the Jake as early as 1945?

To look at the above mentioned color picture postcard go to link below and type
“shawnee main street looking east"
View link
This is what the street looks like today,
View link

Johnny H. Jones and Ruby Jones bought the theatre circa 1945, remodeled and re-named it the JAKE in honor of their father, Jake Jones, Sr. The Jones family also operated the Ritz Theatre, one block west on Main Street Shawnee at the same time.