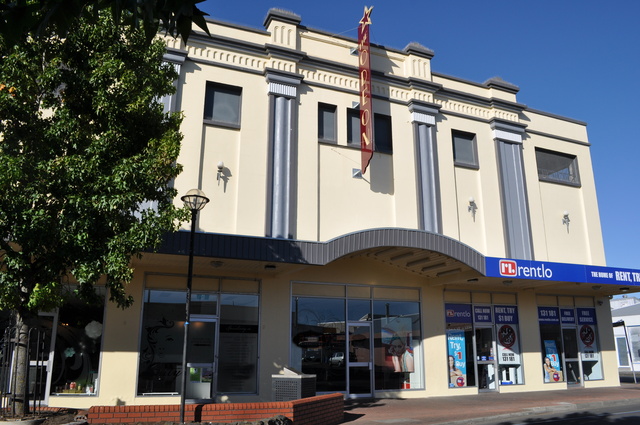 The Capitol Theatre opened on 4th April 1928. Seating was provided in orchestra and balcony levels. By 1951, it was operated by the Clifford Theatres circuit. By 1956, it had been re-named Odeon Theatre.

In 2011, the ground floor is in retail use, while the former balcony has been extended and leveled to become a 10-pin bowling alley. The Odeon fin sign is still intact on the facade of the building.