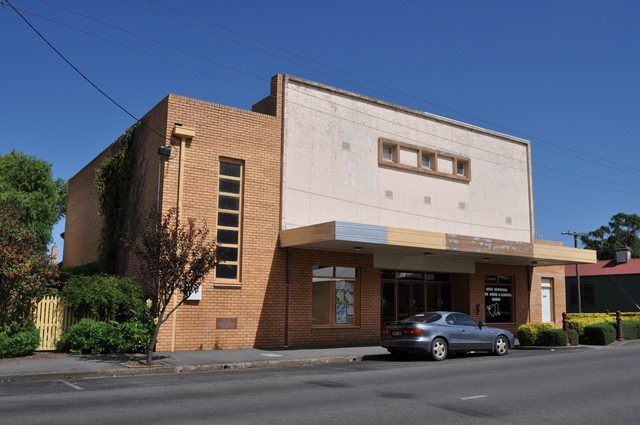 The Memorial Theatre was built by the Catholic Church, and replaced the 250-seat St. Partick’s Hall, which had been used as the town cinema from 1925 until the mid-1950’s.

The Memorial Theatre was opened on 2nd June 1957 with Peter Finch in "Simon and Laura". Seating was provided on a flat floor orchestra level and a balcony. It was closed as a cinema in 1980.

Today the building is known as the Koroit Theatre, and hosts community events. It is owned by the Moins Shire local council.