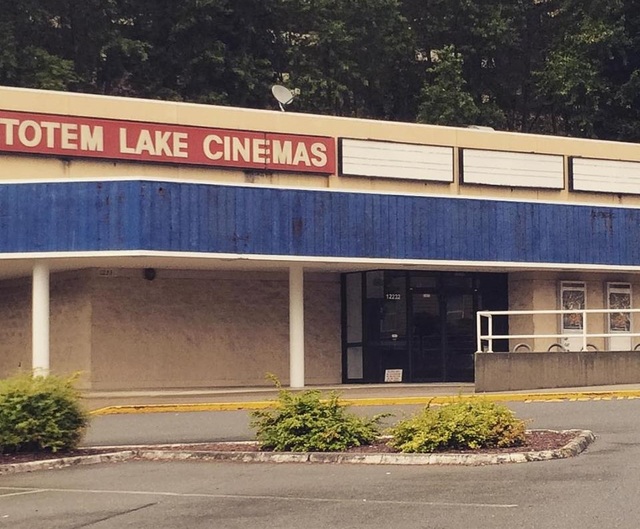 The theater opened on December 12, 1980. One of the first movies shown was "The Empire Strikes Back". The cinema was converted into one of the only Bollywood theaters in Washington State. It was closed in 2016 and had been demolished by 2021.

1985-1986 Sterling Theaters Co. of Seattle, Fredric A. Danz, President, they had 39 theaters in Oregon, Washington and california.

TRIVIA, Costco Wholesale, the third largest retailer in the United States, after Walmart and Kroger, had it’s corporate headquarters in the city of Kirkland, Washington (home of the Totem Lake Cinemas) from 1987-1996. Costco’s house brand, Kirkland Signature, of course is named for Kirkland, Washington.

Status should be closed. Listed as closed on Facebook page and elsewhere on web.

This theater was a near identical twin of the Factoria Cinemas in it’s original 3 screen configuration. Two 400 seat houses at either end of the building with a 200 hundred seat house between. It opened about 6 months after the Factoria. All booths were identical insofar as equipment goes. New Simplex 35 projectors with lens turrets, rebuilt RCA 9030 soundheads, Xetron 2000W lamphouses. Dolby stereo with CP 50’s and BGW amplifiers in each house. The booth did not originally have platters, SRO seemed to prefer Cinemeccanica towers as film transport devices during this time frame. I worked there in the 1981/82 time frame a few times as a relief projectionist. It was always a nice house to work, SRO took very good care of their theatres as well as their employees. SRO was a class act, they were not a cheap operator.

To clarify what I just wrote above, there were a total of two 400 seat houses, one on either end of the building. Not two on each end.

Status should be changed to “Demolished”. The site is apartments now, no trace of the theater remains.