Although the original domed auditorium is still intact, the screen has been changed to a standard flat replacement. The CineArts showed primarily art house films and is one of a dwindling number of domed movie houses in the country. It was closed on April 21, 2013 and was demolished at the beginning of May 2013.

This was never a Cinerama ie. three strip theater. It was built as a Dimension-150 theater.

Man they didn’t waste any time :(

I remember the Century dome theatre at the Cross Road Shopping Center,(Monument and Buskirk)it was gigantic in side and a huge screen. Back in 1975 I watched ‘Jaws’ there with my brother for the first time and in ‘79’ saw ‘Apocalypse Now’ then afterwards going to Leatherby’s creamery to get a Banana Split with my girlfriend. The shopping center had a bunch of stores to like Montgomery Wards and Thirfty’s. Will never be the same not seeing the art house dome anymore while driving to work.

Now there’s a Dick’s Sporting Goods in its place. It makes it look just like every other off-highway shopping center.

Sometime between December 21st and 28th of 1973 the Century theatre expanded from (1) screen to (5) screens. These were the films that were playing:

1) Papillon (playing in the dome)

During the week of December 20th 1976 the Century theatres held a special sneak preview of the Peter Bogdanovich film NICKELODEON. Price of admission for one was just a nickel (I believe all the proceedings went to charity).

Saw so many movies there. Even continued when they would play mainstream new releases, after converting to an art house, simply because it was the largest screen in the area. I saw a lot of movies in the smaller theaters, behind the Dome, too, but those auditoriums, frankly, were mostly sub-par. Sad to see the Dome go. 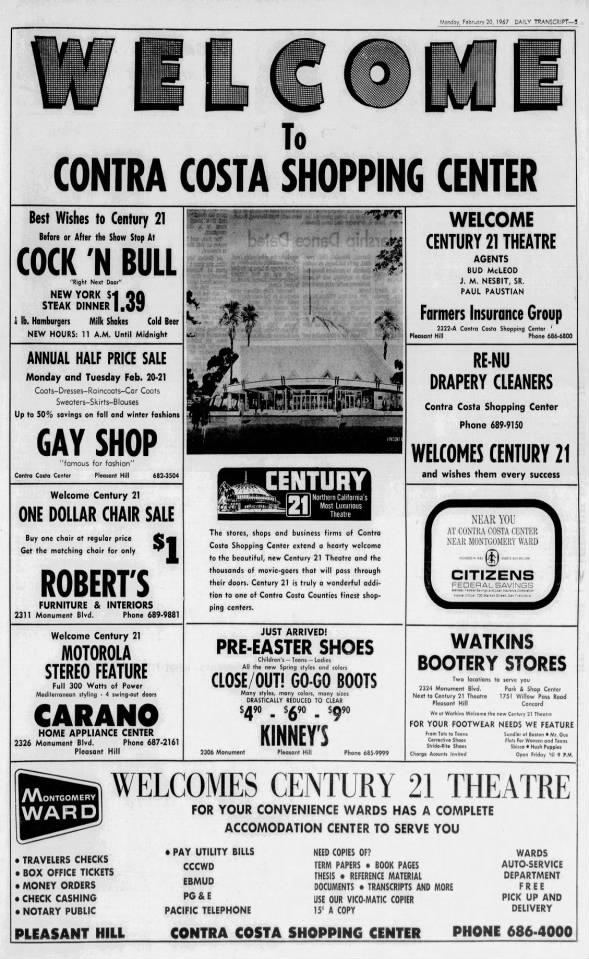