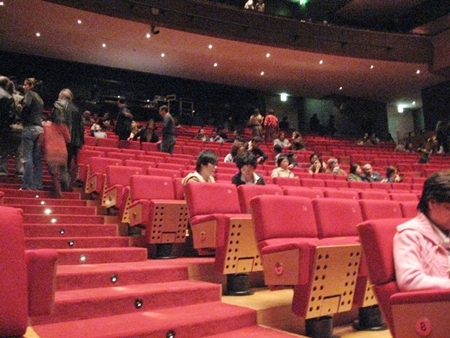 The Centro Cultural de Macau is the first purpose-built cultural centre in Macau. It opened officially on 19th March, 1999 by the Portugal President Jorge Sampaio. The 389-seat stadium seating Pequeno Auditorio[Small Auditorium] is one of its facilities. Besides stage performances and concerts, it also served as a venue for films festivals. For the showing of films, the auditorium is equipped with a Simplex 35mm film projector and a 16m x 12m screen with electric roller.