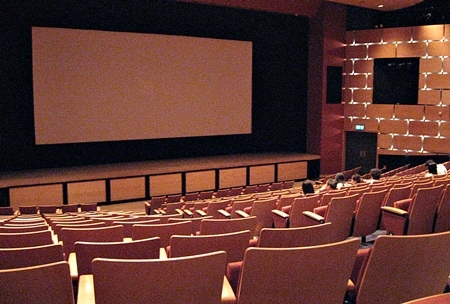 Its construction commenced in June 1998, and opened officially on 19th December, 2001.

The theatre with 500-seat in stadium seating is on the second floor of the low block of the Macau Tower Convention and Entertainment Centre.

According to its web site, the theatre has simultaneous interpretation facilities enabling parallel translation in four languages, and has a large and versatile stage area with the latest lighting and audio-visual equipment.

Besides conferences and social
functions, selected movies are always shown at the theatre.