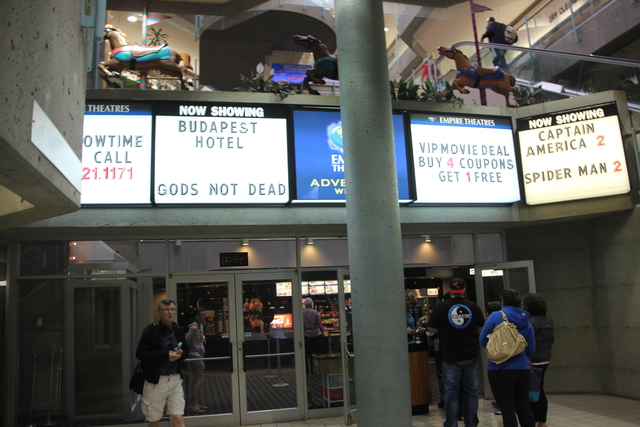 The University Cinemas 4 was opened by Famous Players on July 2, 1987 with seating listed at 915. The smallest auditorium seated 192 and the largest 292.

Alliance Atlantis Cinemas took over the theatre in 1999 and for a short time in 2005 it was operated by Cineplex Odeon followed by Empire Theatres in 2005 and Landmark Cinemas in 2013. The theatre features first run attractions.

The Landmark University Heights was closed in March 2020 due to the Covi-19 Pandemic. I was announced on July 15, 2020 that the closure would be permanent.

Plans have just been announced by the Empire chain to sell the University Heights theatre to Landmark Cinemas as part of Empire’s exit from the theatre business. Story below:

This theatre should be renamed as the Landmark University Heights. Landmark Cinemas took over its operations on October 31, 2013 after the Empire chain ceased operations two days earlier on October 29.

BIG UPDATE: Added nearly 100 photos of University 4 Cinemas including exterior, lobby and extensive shots of all four cinemas. A mixture of Canon 60D and cell phone pics, depending on the vantage point! Enjoy! 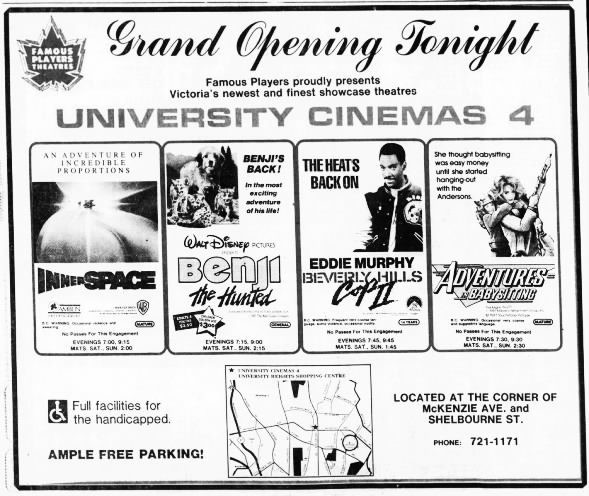 Sadly, according to its official Facebook page, University 4 officially closed today, even though the theater had been closed since Mid-March due to COVID-19.

It had a great run, though! Four different owners over its nearly 33 years of operation. In its heyday in the late 80s and 90s, this really was a great place to see a movie with two large sized theaters and two small ones with excellent projection and sound.

As a reminder, I shot an extensive gallery of photos of the entire complex a few years ago. Please take a look through as it really is one of my favourite cinemas. Even though it was tiny and tucked in the basement of a dead mall it still had a great charm to it. It will be missed!