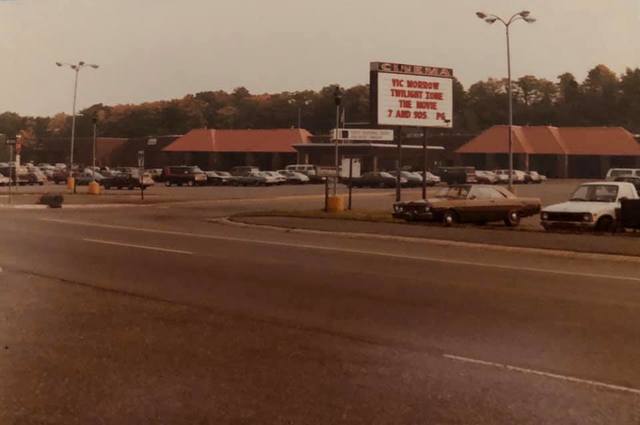 This single-screen theater opened in 1974 and closed in 1994 and mainly played mainstream blockbusters. Lines for films would often snake through the entire mall when a big release occurred. This theater was owned by the same individuals who owned the Delft Theatre and Nordic Theater in downtown Marquette.

The GKC Royal Cinema Multiplex was built in late 1993. Rogers Cinema Inc. bought the Delft, Nordic, and Marquette Mall Cinema in 1994 and kept all three open for several months before first closing the Marquette Mall Cinema in early summer 1994, dividing the Delft into 5 screens from 2 screens around the same time, and closing the single screen Nordic Theater in the summer of 1994.

The Marquette Mall Cinema was converted into the Pitcher Show Cinema (serving food, beer, and second-run movies) which had lower ticket prices but closed in 1995.   The Secretary of State moved into the cinema space some time after 2002, completely gutting it’s interior leaving no remnants that a cinema once was there.

In 2019, the entire Marquette Mall was demolished after sitting empty for many years.