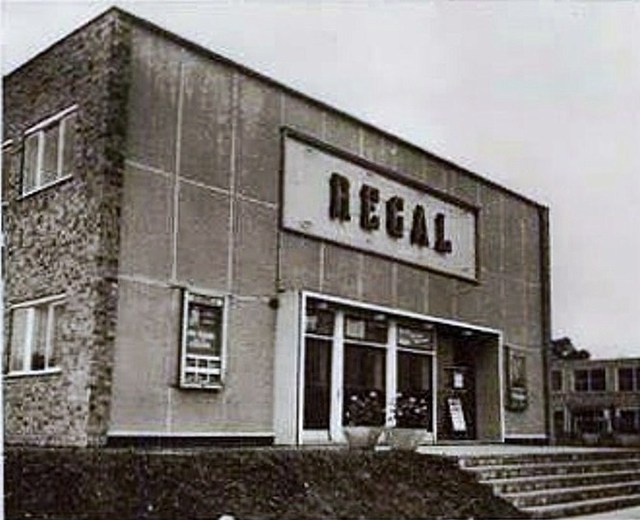 The Regal Cinema was the first post-World War II cinema to be constructed in England. It was designed to be either a factory unit or a cinema, by the Harlow Development Corporation architect F. Gibberd, and was located on the Templefields Industrial Estate in Harlow New Town.

The Regal Cinema opened on 8th August 1952 with Michael Dennison in “Angels One Five”. It was the first cinema in the newly constructed town. All seating was on a single floor. It was taken over by the Rank Organisation on 28th February 1955, although it was never re-named Odeon.

This British Pathe webpage has original newsreel footage of the opening of the Regal, which includes exterior and interior shots of the theatre: http://www.britishpathe.com/record.php?id=30226.