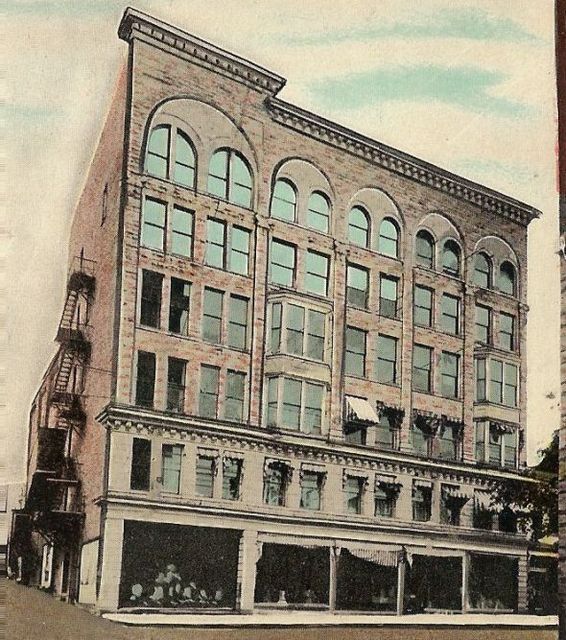 One of Morgantown’s first theatres, the Swisher Theatre was opened prior to 1914. Later renamed Strand Theatre, it burnt to the ground during a spectacular fire in April 14, 1927, taking much of the surrounding block with it.

There were two houses called the Swisher Theatre in Morgantown, but I’ve been unable to discover if they were on the same or different sites. Swisher’s Theatre, a 700-seat, second-floor house, was listed in the 1901-1902 Cahn guide. In the 1909-1910 guide the Swisher Theatre is listed as a ground floor house with 1,350 seats.

The second Swisher was built in 1904-1906 according to a 1912 book, Genealogical and Personal History of the Upper Monongahela Valley, West Virginia, by Bernard L. Butcher. Howard L. Swisher was the owner of the theaters, and active in their management for a number of years.