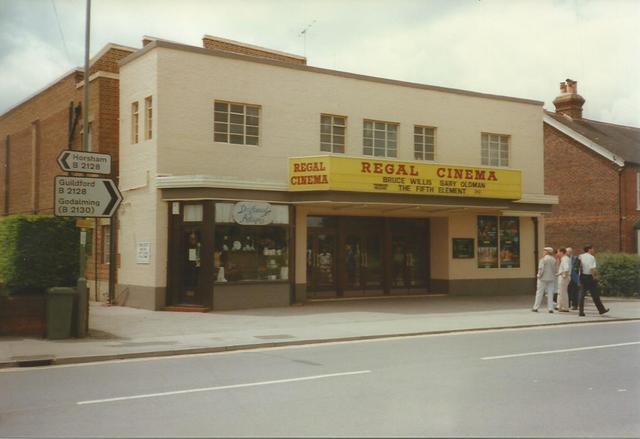 The Regal Cinema was opened on 30th October 1936 with Walter Houston in "Rhodes of Africa". The cinema was originally set to open a week earlier on 23rd October. Designed by architect Harry Weston (who was also the managing director of the independent operating company), the interior decorations were carried out by noted cinema interior designers Mollo & Egan. Seating in the auditorium was located on a single floor (with a raised stepped section at the rear in a stadium plan).

Taken over by new operators in 1971, it was re-named Hallmark Cinema, but this was short lived and it reverted back to the Regal Cinema named in 1973.

Closed in 1989, it was refurbished and reopened in December 1989. The Regal Cinema was closed on 14th March 2002 with Maggie Smith in "Gosforth Park". It was demolished in February 2003, and housing has been built on the site.