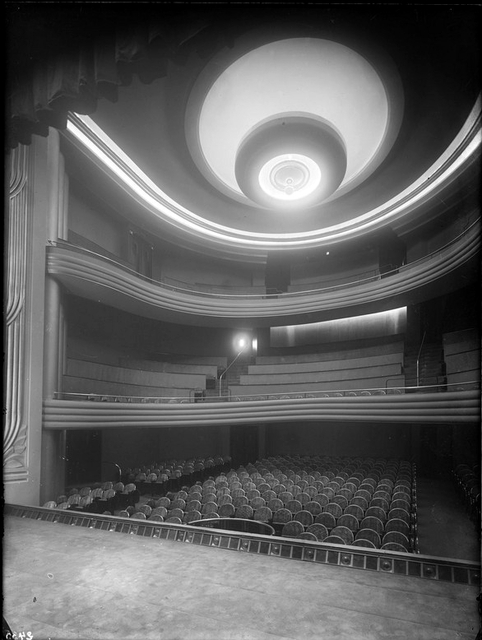 Located on the famous Avenue des Champs-Elysees at #79, in the north of the city centre. The Elysees Gaumont was opened on 27th February 1931 with Julien Duvivier’s “David Golden”. Seating was provided for 600 in orchestra and two balconies in this beautiful Art Deco style cinema with decorations conceived by decorator Quentin-Bauchart, it became ‘the place to go’. It screened first run American & English films. Gaumont only operated it until 1932. It was re-named Devenu Biarritz on 5th November 1937.

Last operated by UGC, the Biarritz was closed in various stages from 31st January 1995 to 2nd April 1996.