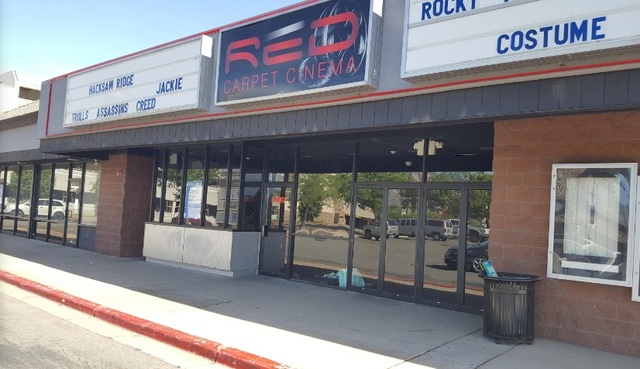 This theatre opened as the City Square 4 by Mann Theatres in 1980 with 920 seats. It was later operated by Carmike who reduced the admissions prices after the Cinemark Tinseltown 14 screen opened. The theatre closed in August 2000.

On October 18, 2013, after being completely renovated and reduced to three screens, the theatre reopened under independent ownership as MovieGrille. It offered full-service dinner, 920 luxury recliner seats and a dining room with a bar and games. MovieGrille closed in September 2016, and reopened under new ownership December 23, 2016 as the Red Carpet Cinema. However, after a number of problems, the theatre closed abruptly on February 13, 2017.

On May 25, 2018, this theatre reopened as the newest expansion location for Brewvies Cinema Pub. It was renovated to once again have four screens, with reserved luxury recliner seats. It serves the typical Brewvies menu, including alcohol, pizza, burgers, and other hot foods.

Did they only show movie premieres at this theatre?