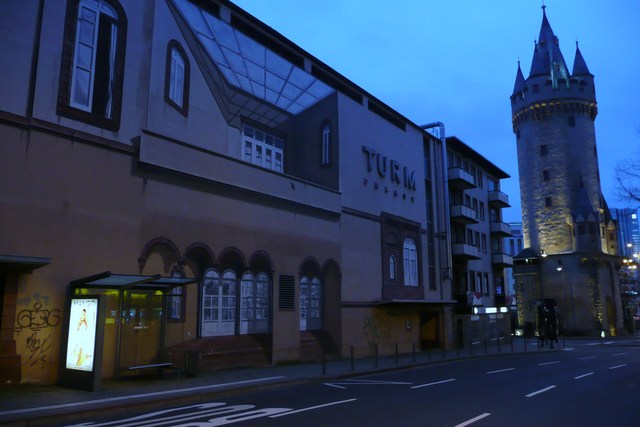 Located by the Eschenheimer tower in central Frankfurt.

The first cinema on the site opened on 21 September 1929 as the Ufa-Palast Gross-Frankfurt Turm-Palast with 1,245 seats (see separate entry on Cinema Treasures).

Following war damage, it was rebuilt in 1950 as the Turmpalast - “Tower Palace”, with stalls and circle seating totalling 1,200. In 1980 it was subdivided into six screens, playing films in their original English language, i.e. “Version Original”. In December 1969 Screen 5 in the former balcony was divided into two screens. It closed as the CineStar Turmpalast on 9th June 2010 for demolition. The nearby CineStar Metropolis now plays English language films on three screens.

An old photo of the Turm Palast HERE

A good history of the cinema, in German, is listed here: http://www.allekinos.com/FRANKFURTTurm.htm