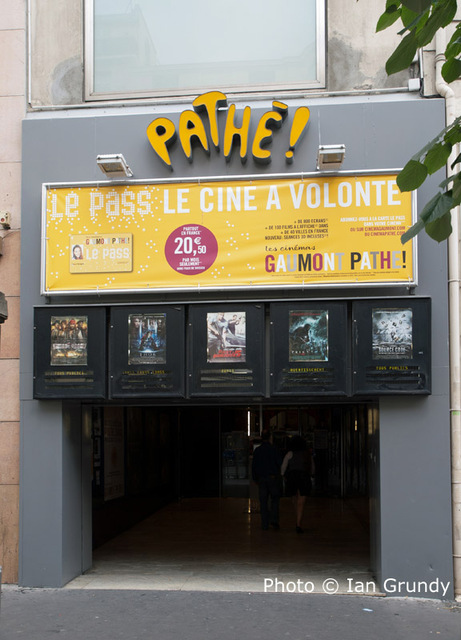 The Rue Jean Medecin was originally named Avenue de la Victoire. The Actual-Paris Palace was opened in 1919. It was renamed Cinema de Paris on 7th October 1925 and had 1,600-seats. On 19th February 1926 it was re-named Paris-Palace-Victoria. It was soon taken over by Paramount and re-named Paris Palace. In 1936 it was the Actual-Paris-Palace again and was renovated in an Art Deco style. It 1950 it was taken over by Gaumont. In 1951 architect George Peynet redesigned the facade and in 1960 he remodeled the auditorium. It was equipped with 70mm & Todd-AO. In May 1973 ith was twinned, with 700-seats and 300-seats. It was taken over by Pathe. It has since been sub-divided into five screens. Good to see the Gaumont name in use!

It was run in conjunction with the Pathe Massena which is on the opposite side of the same street, giving Pathe a total of 12 screens - 2,344 seats in close proximity. The Gaumont Pathe Paris was closed on 18th June 2019.

Exterior and lobby photos from July 2014.