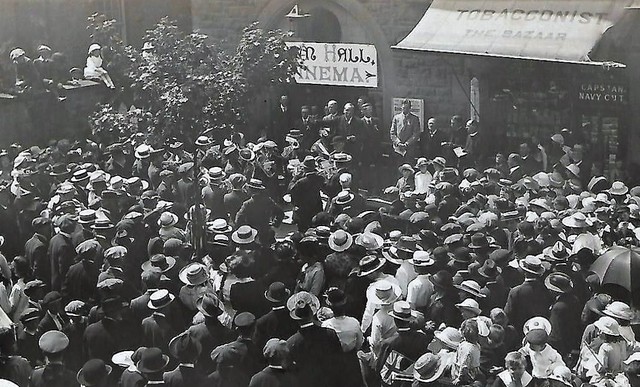 The Town Hall Cinema was opened in the 1930’s by the Llangollen Advertising Committee (A type of Tourist promotion society) to add to the attractions of the town. The Dorothy Cinema had however beaten it to the punch! Admission fees of 6d to 1/- gained access to the hall where films were shown on a 15 foot wide screen in a 20 foot proscenium. A stage of 20 foot depth, supported by two dressing rooms for when variety shows were held completed the facilities.

The cinema closed at the commencement of World War II, never to re-open and the Dorothy Cinema was left as Llangollen’s sole cinema.

Today the Town Hall is in use as a community hall and hosts the Llangollen Fringe Festival in July.