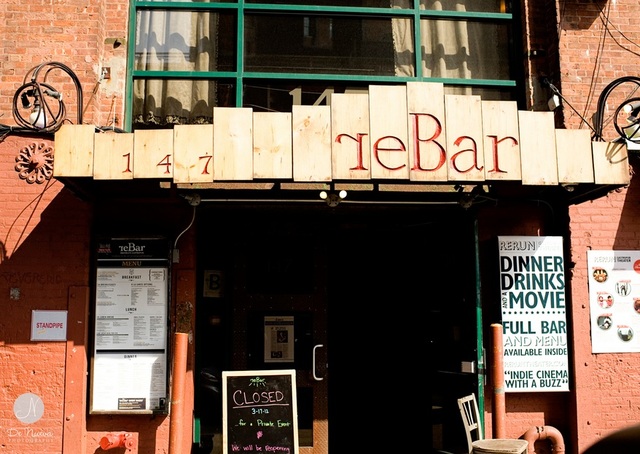 Independent theater attached to the reBar restaurant & bar. Serves beer, wine, and other spirits, along with a variety of higher-end concessions.

This theater is closing “for an unspecified period of time” according to this article.

A recent series of Tweets insist that the theater is not closing but is, in fact, expanding the programming there.