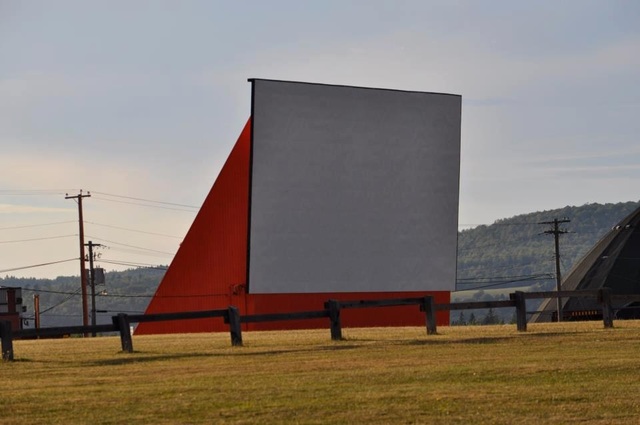 The Sussex Drive-In opened in 1967. Car capacity is listed at 300 cars. It was originally owned by Deland & Alexander and is now owned by Sussex Drive-Ins Ltd. It is open seasonally playing first run attractions.

The Open Air Cinema blog posted in 2009 that the Sussex opened in 1967, founded by Gerald Alexander and his family. They sold to Tom Boudreau, Paul Galloway and Randy Defazio in 2008.

For whatever reason, the Sussex never appeared in the IMPAs. That happens sometimes.

Owner Tom Boudreau told the Telegraph-Journal in May 2017 that the Sussex had never shut down and had been open for “50+ years.” He also said the drive-in’s capacity was “around 450,” reached twice in 2016.

There is a campsite next door to the drive-in, where some of the campsites have speakers.