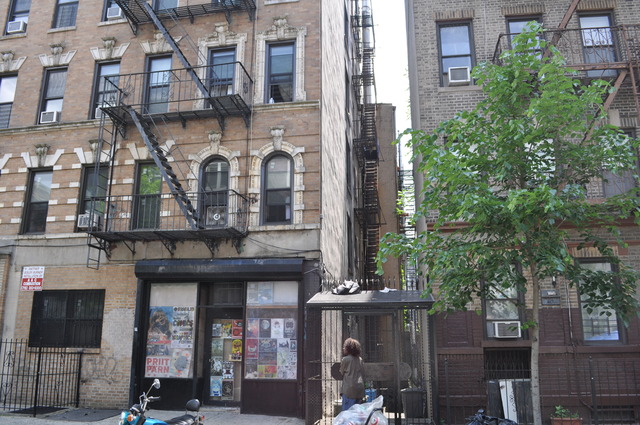 Here’s a nice article from March, 2011, that states the theater was in its fifth month of operations – which would place its debut around September or October, 2010. The address, 124 S Third, is an apartment building, the doorway of which is clearly seen in the street view above. Is the space just a room within the building? Perhaps a rec-room? Or did it replace the little grocery store to the right of the entrance? Wouldn’t that have a different address? Mysterious little place.

And this website has a reasonable photo of the narrow space near the screen with the first few rows of seats visible. It is the first photo as you scroll down – featuring a projected image of a sunset (or rise) behind an building.

This NY Times article is about an underground resurgent interest in the VHS format – particularly amongst enthusiasts of ultra-low budget and independent horror flicks of the 1980’s. The article mentions that several cinemas, including the Spectacle, have taken to holding “VHS nights” – where programmes are presented exclusively in the old format.