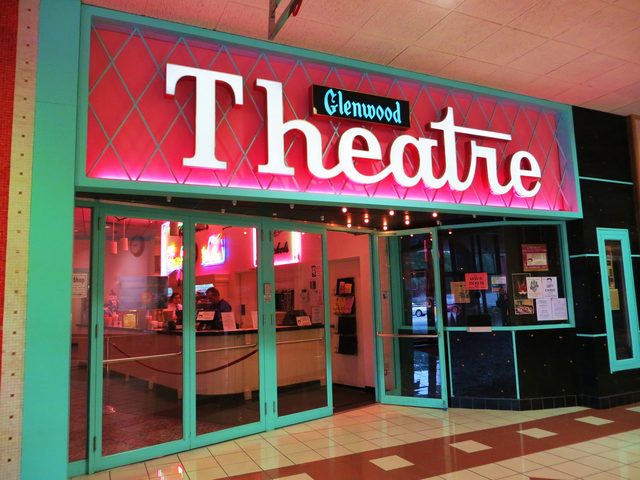 Originally the Metcalf Theatre and built by Commonwealth, was taken over by National General, later operated by Mann, and part of the Dickinson purchase of Mann in the Midwest. This originally was a single screen, and twinned by Mann. I am not sure when the 3rd screen was added. This theatre was ‘just down the street’ from the Glenwood Theatre which is now demolished.

I’ve seen three movies here: Young@Heart and Jack Goes Boating in the main auditorium and The Music Never Stopped in one of the small ones. The big auditorium is one of my favorite auditoriums in a theatre (the old lobby cards in the hallways are a nice touch) while the small auditorium I was in was nothing special.

The theatre was completely remodeled before being opened by the Fine Arts Group. The two theatres were removed and the layout changed to make one large (1) and two smaller screens (2 and 3).

Added at this time was the coffee and ice cream bar and the fixtures salvaged from various theatres, including the former Glenwood.

This theatre is home to the annual Kansas International Film Festival (KIFF), formerly the Halfway to Hollywood (H2H) film festival, and the Chinese Film Festival.

The Glenwood Arts 3-screen theater was closed at this location at the Metcalf South Mall in January 2015. All other tenants have vacated the mall, and the mall is scheduled for demolition later this year.

The Fine Arts Group has moved the theater to 3707 West 95th St, which was originally Commonwealth’s Ranch Mart 2, but has been known most recently as the Fine Arts Leawood 5. The Leawood Theater name has been changed to the Glenwood Arts to reflect the move. The Glenwood sign, which as noted above was originally from Dickinson’s Glenwood Theater, has made the move to the new location as well. The Glenwood Arts will continue to show a mix of first-run and arthouse films at its new home.

Brothers Brian Mossman and Ben Mossman will continue to operate the theater, as well as the Rio Theater in Overland Park. Additonal information can be found at the offical website: www.fineartsgroup.com.

This opened on August 3rd, 1967. Grand opening ad in the photo section. 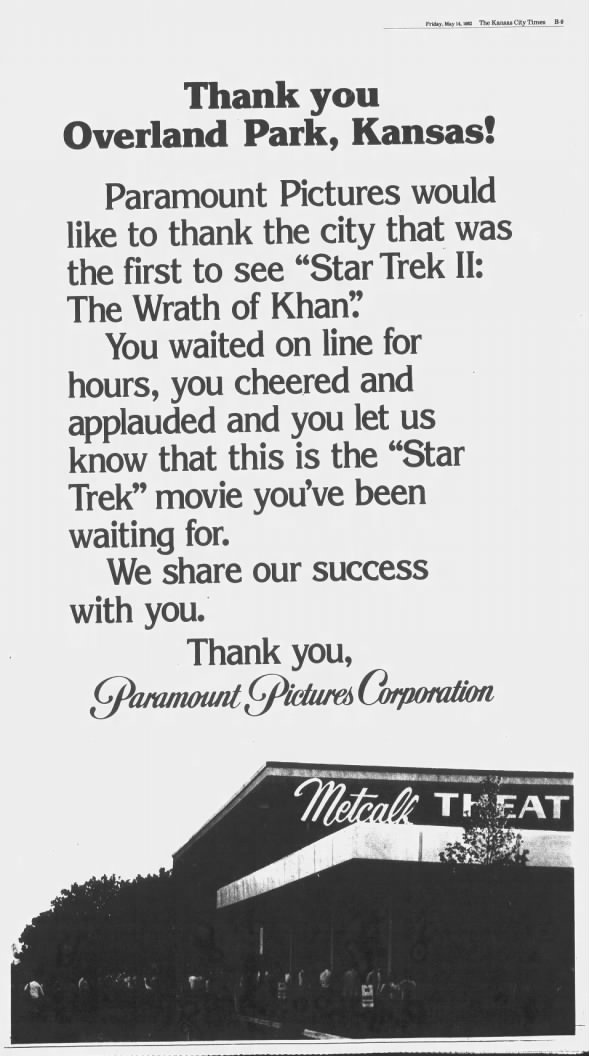