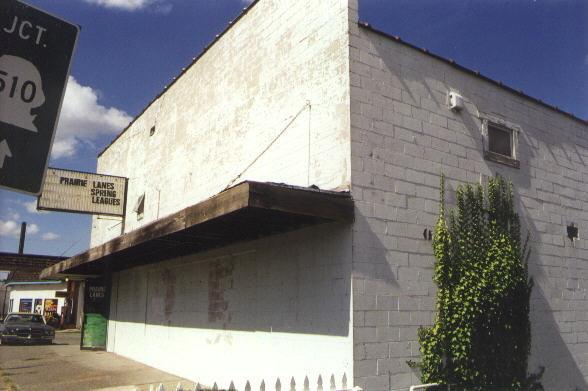 This theater replaced a previous wooden theater building that burned down in the same location. The Yelm Theatre was open by 1950. Closed around 1965 and was converted into a bowling alley and now known as Prairie Lanes bowling.

YELM, WASH. — Frank L. Willard’s Yelm Theatre including all the equipment and furnishings will be sold at public auction on Saturday (10) at the county courthouse in Olympia. The new theatre which was opened in September 1952 is being sold to satisy Willard’s debts.