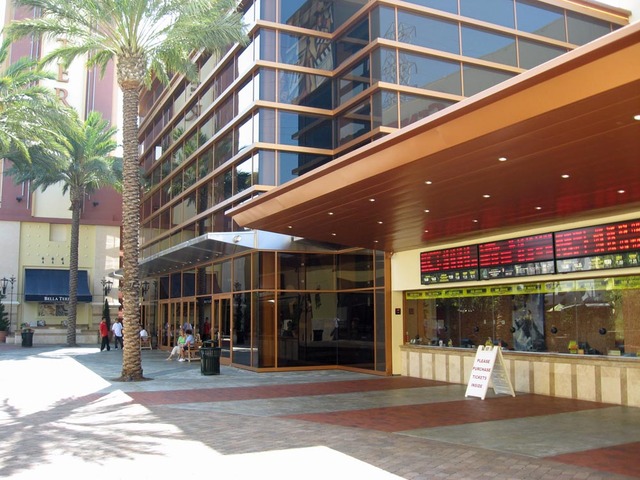 The Century 20 opened November 18, 2005 with all of the technical and personal amenities then being built into theaters of this size: Certified THX, Dolby digital stereo, wall-to-wall screens, stadium seating, a video arcade, and more.

It was all part of the old Huntington Beach Mall, which had been refashioned into the stylish Bella-Terra shopping destination with 36 stores and services and 15 restaurants.

Since 2006 it has been a Cinemark Theater but still goes under the Century banner. Amenities added since it opened, according to its website are: XD, RealD 3D, and D-CINEMA digital. It also features listening devices for the hearing impaired and closed caption availability.

The XD auditorium was converted over to Cinemark Luxury Loungers in 2016.