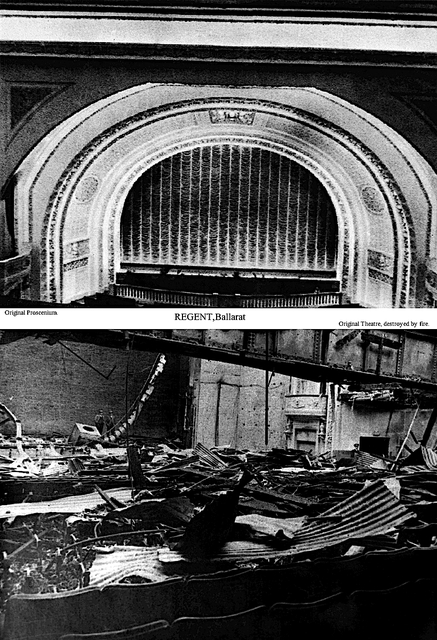 The Regent Theatre was opened by the Hoyts Theatres chain on 7th April 1928. Seating was provided for 1,953 in stalls and balcony levels. Originally designed in a Classical style by noted theatre architect Cedric Heise Ballantyne.

In 1943 it was damaged in a fire and the auditorium was reconstructed in the same style as the original by architectural firm Cowper, Murphy & Appleford. The chandelier currently in the main foyer was originally installed in the Hoyts De Luxe/Esquire Theatre in Melbourne. Hoyts closed the Regent Theatre in 1964, and it remained closed until 11th November 1976 when after a two years renovation, it was reopened by its current owners.

In 1986, the Regent Theatre was tripled, which extended the floor in the front balcony forward, to create a 660-seat cinema in the former balcony area, with two smaller screens in the former stalls area. In the early-2000’s an additional 3-screens were installed in a new building erected on adjacent land (the former cinema car-park). Now with 6 Mainstream screens and 2 Gold Class screens.