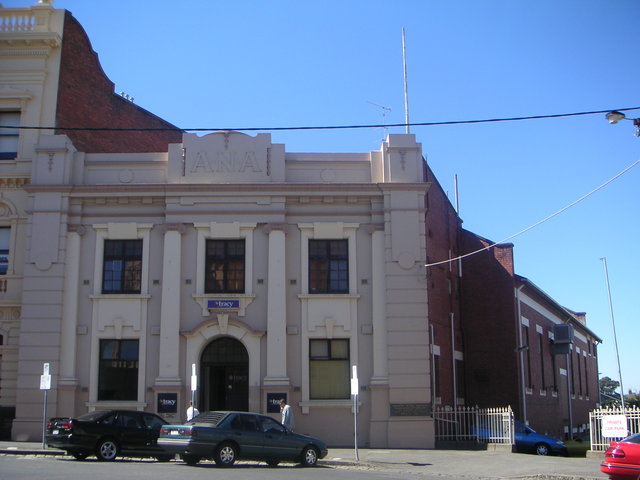 Originally built in 1925 as the Australian Native Association Hall on Camp Street at the corner of Union Street. It was converted into the Plaza Cinema in 1936. During the early-1950’s it was operated by Hoyts Theatres as a second-run house to their first-run Regent Theatre.

The Plaza Cinema closed in 1964, and today is used as and employment agency office.