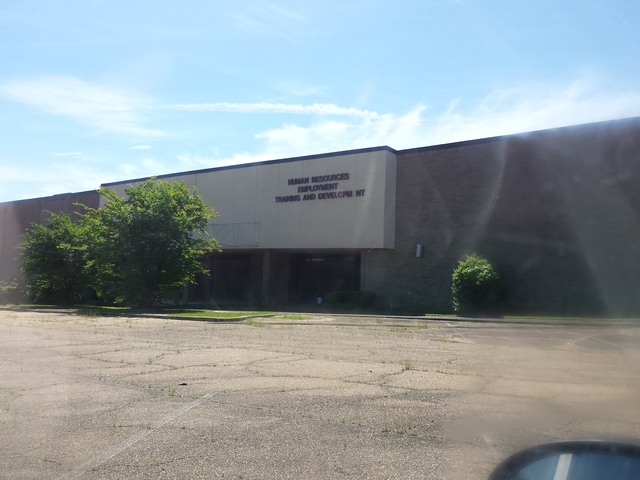 The Ellis Isle Twin Cinema was opened March 29, 1974. It had the lobby in the middle and each auditorium off to the side with around 400 seats each. It was built and operated by Ogden-Perry Theatres out of New Orleans/Baton Rouge. Ogden-Perry also operated the Jackson Mall Cinema.

On March 14, 1980 they divided the two theatres and renamed the theatre Ellis Isle 4. In 1984 Ogden-Perry Theatres fell in bankruptcy and the theatre property was awarded to Gulf States Theatres along with several other O-P theatres. GST sold their circuit to UA theatres in 1986 and the Ellis Isle Cinema 4 went with to UA, which they operated until 1988. The lease was up and the landlord decided there were other uses for the property. While the building is still standing, it was used and office/warehouse for a time.

It was reopened by September 2013 known as the Renaissance Cinemas, but was closed by June 2014.

For a very short period of time later in the 1970s, Ogden-Perry also operated the Capri (listed here as the Pix-Capri).

Status should be changed to Open (renamed Renaissance Cinemas) by Magic Cinema LLC. As mentioned, Ellis Isle 4 has been sold to a local investment group, Magic Cinema LLC and has been renamed Renaissance Centre Cinemas (the shopping center was renamed to Renaissance Centre in 2009. The Ellis Isle Shopping Center became abandoned in 2005 when its major stores like Sack & Save Grocery Warehouse, Walmart, Big Lots, Sam’s Club, IHOP and Pizza Hut had closed and relocated. In 2009, the center was purchased by a Jackson mega church New Horizon Church International and renamed Renaissance Centre. The center itself now houses New Horizon Church, a coffee shop, book store, and a thrift shop. The theater manager/operator is Zachary Bittner. Previous ownership was Ogden-Perry Theatres, Gulf State Theatres, United Artists.

Ellis Isle Cinema opened in 1974 behind the Ellis Isle Shopping Center which was anchored by Food Center Warehouse (later Sack & Save), Super D Drug Store, Woolco Dept Store (later Wal*Mart). Ellis Isle Cinema was originally a Twin cinema operated by Baton Rouge/New Orleans based Ogden-Perry Theaters. The cinema is free standing and faces Interstate 20. It has a auditoriums on both sides of the building with a concessions/lobby in the center of the building. In 1978, both auditoriums was divided forming 4 auditoriums and became known as Ellis Isle 4. In 1984, Gulf States Theatres acquired the Ogden-Perry chain. In 1986, United Artists Theatres acquired the local Gulf States Theatres assets. In 1989, one of the larger auditoriums was divided again forming 5 auditoriums. In 1995, Cobb Theatres acquired Ellis Isle 5, Metrocenter 4 and Meadowbrook 6. In 1997, Regal Cinemas acquired Ellis Isle 5, Metrocenter 4, Meadowbrook 6. In 1998, Regal Cinemas ceased operations of Ellis Isle 5 but was reverted back to United Artists (who held the lease). In 2000, the Ellis Isle Cinemas was closed due to UA bankruptcy restructuring. In 2013, after renovations, Jackson based Magic Cinemas reopened the cinema renamed Renaissance Centre 5 (in light of the shopping center renaming).

Is the reknowned Renaisance Theater remains operative at all ??

Not evidently open as of June, 2014. I just drove by there. No Sign. The front doors are boarded up. You have to drive through two imposing barbed wire gates to even get there. There was a construction permit notice attached out front, so hopefully something is being planned. It was my understanding that when the former McCarty Holman supermarket chain bought the theater three of the four auditoriums were reconfigured as office space. I was told the fourth auditorium was saved as a large meeting/conference room. Not sure how accurate any of that is.

Reviewing the Jackson Clarion-Ledger the last mention I can find for this theatre was as a UA, last appearing on 6/24/1993.